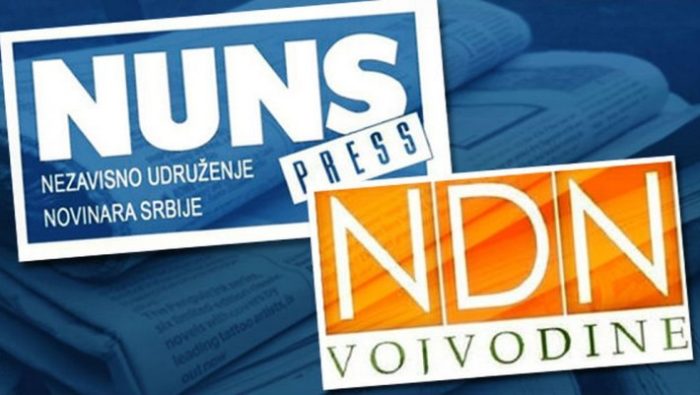 The Independent Journalists’ Association of Serbia (IJAS) and the Independent Journalists’ Association of Vojvodina (IJAV) believe that closing of the “Vranjske” weekly, one of the best and most respected local newspapers in the country – is a direct consequence of long-standing political pressures on media freedom and an intimidating news for media professionals.

Unfortunately, there are very few media outlets in the country that report professionally, in the interests of citizens and not the authorities, and these media are exposed to dramatic pressures and chanting campaigns, whereby the authorities do not hesitate to openly instrumentalize state institutions for this purpose – from various inspection services to the judiciary.

While the non-government media are subject to constant pressure, threats, campaigns, blackmail, exhausting visits of various inspections, astounding court decisions that are contrary to the concept of media freedom and the practice of the European Court of Human Rights in Strasbourg, and while they are almost completely denied access to the money of citizens intended for the public interest in the sphere of public information, the regime’s media spend enormous amounts of taxpayers’ money, their tax debts are written off and they are provided with many other incentives.

While nobody, for years, has been prosecuted for the attacks and threats to journalists and media that are not at the discretion of the authorities, the prosecutor’s office and the police show unreasonable efficiency when it comes to threats and attacks on representatives of the government and the media close to them – which speaks of yet another very worrying form of discrimination.

Particularly affected are the local media, which are exposed to the arbitrariness of local political mobsters, and they have a very limited and poor market which is largely dependent on the authorities.

In this situation, no one – neither the citizens, nor the NGO sector or the international organizations – should be surprised if Serbia very soon wakes up one morning without any free professional media. We hope that the shutting down of “Vranjske” is not a sign that the media freedom in Serbia, at least at the local level, has suffered a final defeat under pressure from the authorities.